The next read is an excerpt from "The Doctor's Book of Survival Home Remedies", Chapter: Spirulina, pages 307-309:

If there's ever a serious global crash, spirulina would be an exceptionally valuable food source. As food shortages would most likely be widespread, it would be - without question - vital to have nutritionally dense food like this available. Let me explain why keeping a supply of spirulina on hand is wise.

In 1974, the United Nations declared spirulina "the best food for the future" at its World Food Conference. That was over 40 years ago, and spirulina has more than lived up to this claim. Research has revealed the immense nutritional and health benefits of this amazing superfood.

It also proves that great things can come in very small packages. Spirulina is a type of microscopic bacteria known as blue-green algae. The term "algae" refers to a diverse group of aquatic organisms that are capable of producing oxygen through photosynthesis.

Spirulina naturally grows in warm, alkaline lakes. Ancient Aztecs used to harvest spirulina from lagoons around what is now Lake Texcoco in Mexico. Today, the Kanembu people who live along the banks of Lake Chad in Africa still harvest spirulina from the lake as they have for centuries. They dry it into cakes, which are then crumbled and included in the majority of their meals.

Compared to other foods by weight, spirulina is one of the most nutritious foods on the planet. It's high in protein and contains all essential amino acids. Spirulina is also high in B vitamins, iron, magnesium, potassium, and a wide range of other vitamins, minerals, and antioxidants. As spirulina is a very simple organism, the proteins and nutrients are easily digested and absorbed.

Spirulina is such an important food source that various international organizations, such as IIMSAM, have formed to help establish small-scale spirulina production in impoverished communities throughout the world. These small spirulina producers have made tremendous advances in combating malnutrition and promoting local food security.

The ecological footprint of spirulina is also relatively small. As spirulina grows in water, it doesn't require any fertile land. It doesn't even need much water because the water it grows in can be reused. As the UN predicted in 1974, spirulina truly is a food we need in today's world.

CONDITIONS SPIRULINA CAN REMEDY
Research is also discovering that spirulina has a wide range of health benefits. In fact, the World Health Organization predicts that spirulina will become one of the most curative and prophylactic foods of the twenty-first century.

Spirulina's nutritional density may actually be the secret behind its health-boosting effects. A strong immune system is the foundation of good health. Yet, many of us suffer from a range of nutritional deficits that we may not be aware of. And these deficits are known to impair your immune function.

Malnutrition in some form affects almost 11% of the entire earth's population. And it's not only in lower-income countries. According to the Child Welfare League of America, more than 30 million Americans experience hunger regularly, or are at risk of going hungry.

Also, not having enough food isn't the only problem. As we eat increasingly more processed foods, we're often consuming foods that are high in calories, but lack essential vitamins, minerals, and other nutrients. This is called "hidden hunger", and it's estimated to affect up to 85% of Americans.

A 2016 scientific review concluded that "spirulina can be used as a source for alleviating hidden hunger or micronutrient deficiencies". Eating as little as one gram of spirulina per day is proven to correct malnutrition in a small child in a few weeks. And international spirulina supplementation programs have helped rehabilitate many malnourished adults affected by HIV/AIDS with only two grams of spirulina per day.

In addition, research suggests spirulina can help prevent or treat many different conditions, including:

HOW TO GROW SPIRULINA
As mentioned above, spirulina is a type of algae that grows in water. But don't let that put you off. Growing spirulina is actually quite a straight-forward process that's used successfully by many families and small growers throughout the world.

And considering the outstanding nutritional and health benefits of spirulina, it's well worth learning how to grow this superfood. You can buy spirulina supplements and powders, but spirulina loses some of its nutritional properties during the commercial dehydration process. In addition, a study that compared fresh and dried spirulina found that fresh spirulina has more bioactive compounds, which makes it easier to digest and absorb.

Commercial spirulina may also be grown overseas in open ponds, where contamination with heavy metals and other pollutants is common. In fact, a Chinese study found that 95% of spirulina supplements in the country contained serious liver toxins known as microsystins. For this reason, the Medical Center at the University of Maryland recommends that you always check the source of any spirulina supplements you buy.

You can easily avoid these risks by growing your own spirulina. You'll ensure a safe, sustainable supply of this amazing food source for years to come. 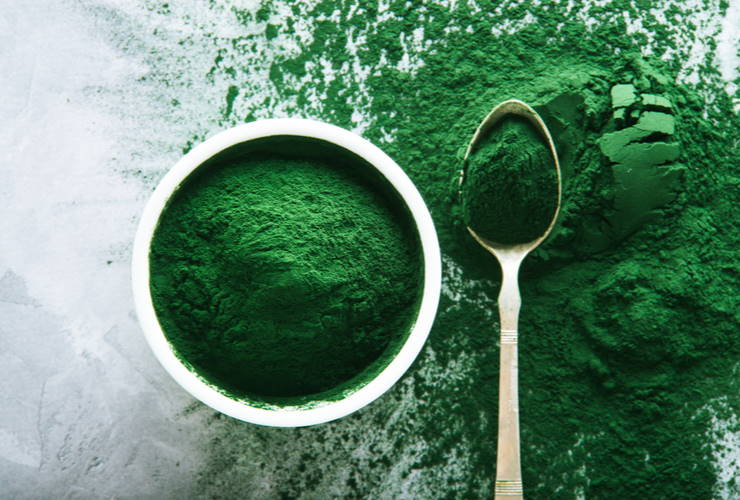